"I was raised a fundamentalist Baptist in the Maritimes, knowing that I was gay since a very early age, but knew that society didn't approve. I have a memory of watching guys play basketball and they were joking about homosexuals, so afterwards I asked one of them what was a homosexual? And he said, you got to look it up in the dictionary. The next day, he said, so what did you find? I said it says two men who are attracted to each other or two women who are attracted each other and I said, I think that's me. He picked me up and set me on a fence post and said, that's evil and that's dirty. Don't you ever tell anyone."

“By seven or eight years old, I knew I was different. I knew that my dreams were different and I began to learn what society thought about it. Being raised a Baptist from age 3, I prayed and prayed and prayed for God to take it away and it never went away. I thought I was the only person in the world, because then there was nothing on TV. There were no organizations, in the early 50s. It wasn't till one time I saw on TV a news program where they were interviewing a man in Toronto, George Hislop, about some gay issue. I realized that there were other people and I also remember distinctly watching the news about the civil rights movement in the states and wishing that I had a community like that, wishing that I had a movement like that.” 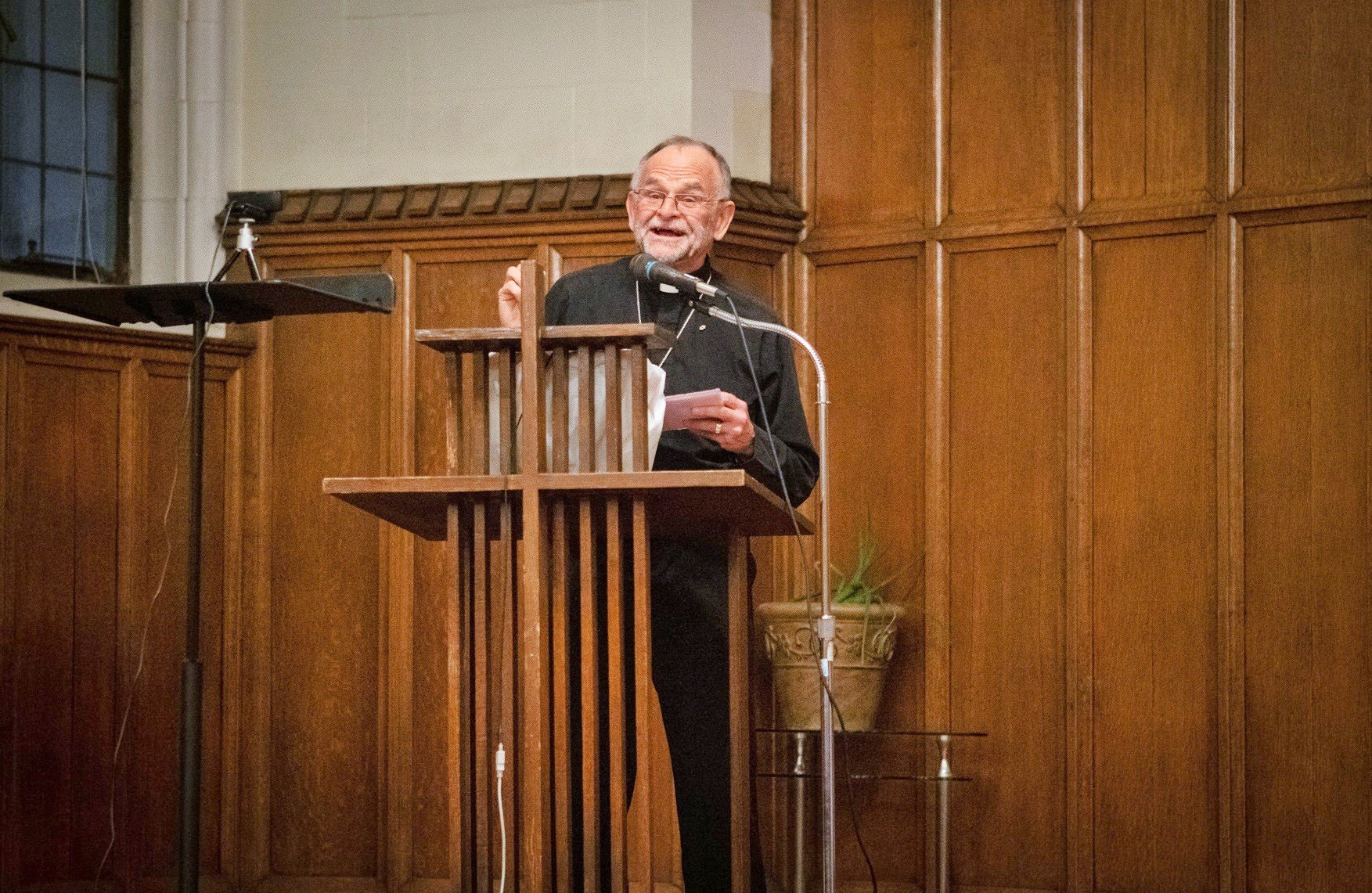 “God was my best friend. I didn't have a problem with God, I had a problem at the church. I grew up thinking I was the only one in the world at first. I didn't come out to my family. Eventually, I had to decide whether to go to Mount Allison University and become a high school teacher or to go to university to become a Baptist minister but I knew I couldn't become a Baptist minister and be gay. I felt like I was abandoning my best friend, God, so I became a high school teacher. It was transformative for me because I went there as a small, tiny kid from a tiny town. So I really came into my own in terms of self-confidence, but was still very closeted. I taught high school for three years and then moved in ‘76 when I found out about Metropolitan Community Churches. When I went to university, I stopped going to church because I couldn't handle what the church was saying about people being gay so I stopped going. ”

“When I was teaching high school in Nova Scotia, I met a friend of mine at a gay bar and he showed me around town, introduced me to people and to the gay community for the first time. We went into a gay magazine store and I got one copy of everything, including a magazine called The Advocate, which is the national gay magazine in the United States. I was sitting in my little 1972 Ford Pinto car flipping through the pages of the magazine, I saw this ad with a cross and it was an ad for Metropolitan Community Churches. I sat there and cried because I knew this was home, where I belonged. So I wrote to the head office in L.A. and they told me about a church in Toronto. ”

“I arranged to come to visit and the pastor said to me, “You need to come to Toronto and find your community.” So I moved here in ‘76 and became the pastor of the church in ‘77 and so they hired me. I was the pastor for a little over 40 years.” 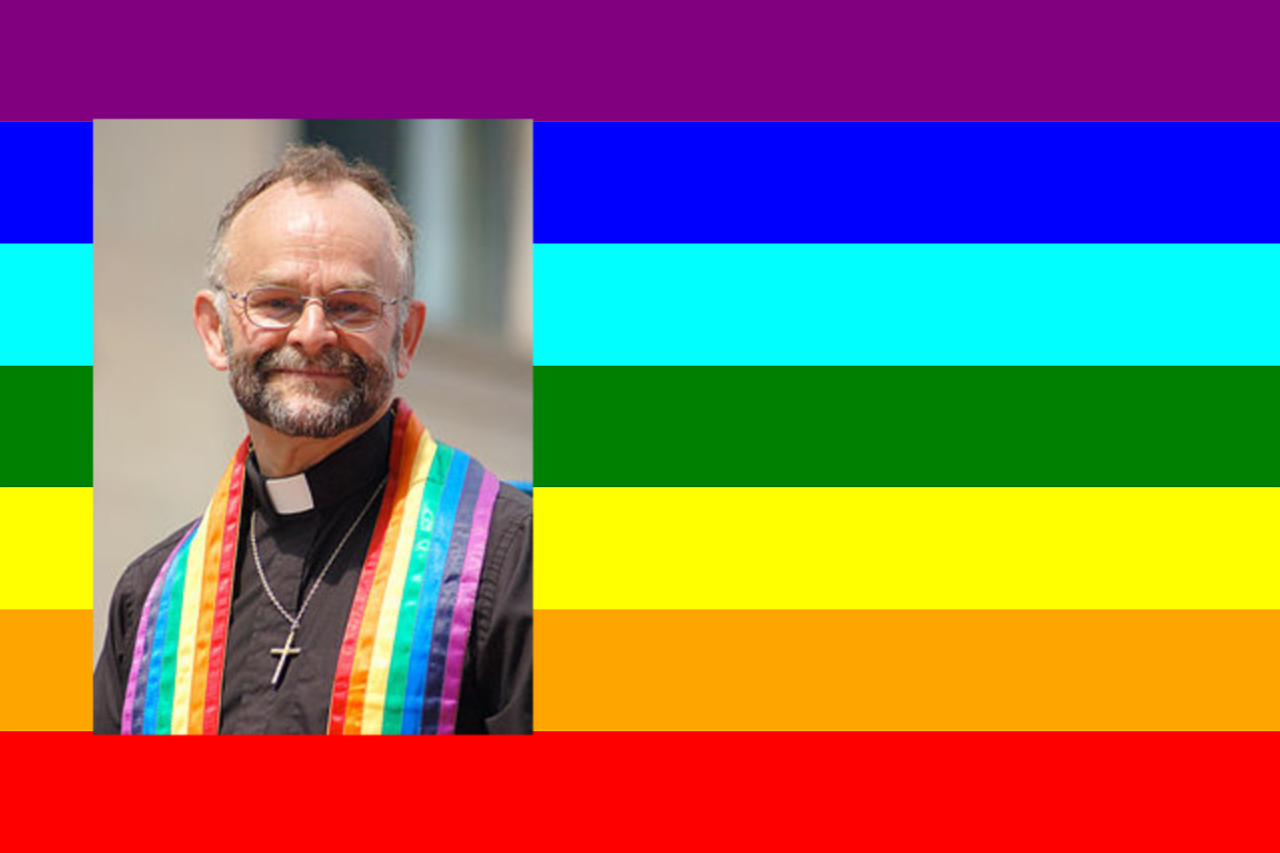 “During that time I've protested police activities, I've been beaten up by the police. I've disrupted the legislature. I conducted the first legal same sex marriage in the world where I had to wear a bulletproof vest because of death threats. ”

“In 1969 Pierre Trudeau was the Justice Minister, he introduced legislation to update the criminal code, because until then any sexual activity between two consenting same sex adults was illegal. In 1969, he changed that. He coined the phrase, “The state has no business in the bedrooms of the nation”, and so finally, we were no longer criminals. ”

“In 1981, the police raided the bath houses in Toronto. It was the largest arrest in Canada since the War Measures Act in Quebec. Over 300 gay men were arrested that night, put into paddy wagons. The police taken to the police station and searched and trashed each location. They tore them apart, banging down doors to get into the rooms, to arrest people. Gay men were lined up in the shower area waiting to be taken in. One police officer even said, “I wish those showers were hooked up to gas instead of water.” One of the young men's parents had gone through the Holocaust. That was a turning point for Canada, because it got so much press and coverage and the public was horrified at the police violence and the arrests. Everyone seemed to know somebody who was taken in. So thousands and thousands of people come out to protest, night after night, I helped organize these demonstrations and was the keynote speaker at a number.’ 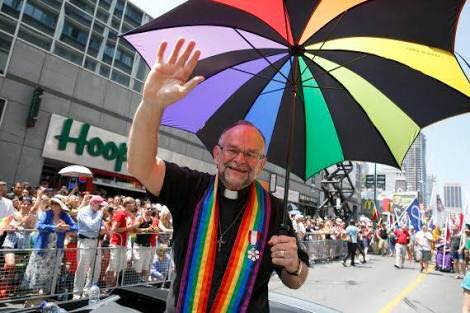 “We need to change our mandate. Instead of discussing homosexuality we need to discuss human sexuality because the Church didn't just have a problem with gay sex. The church had a problem with sex, period. It became a byproduct of an obsession with survival in the early days. And so all sex, not just gay sex, but all sex was seen as only for procreation. And so therefore, you know, elderly and straight couples were seen to be perverted if they were having sex with each other for love. Disabled people, who couldn't have kids, who were just like you. If you couldn't consummate the marriage, then you couldn't get married. You weren't treated as a legal couple, you know, a legitimate couple.

“With your feelings trapped like that, it's an awful situation for someone to grow up that way. For so many people in my generation and for many subsequent generations, because I'm old enough to remember and there are many younger people still struggling. But for every generation that’s a very traumatic upbringing. 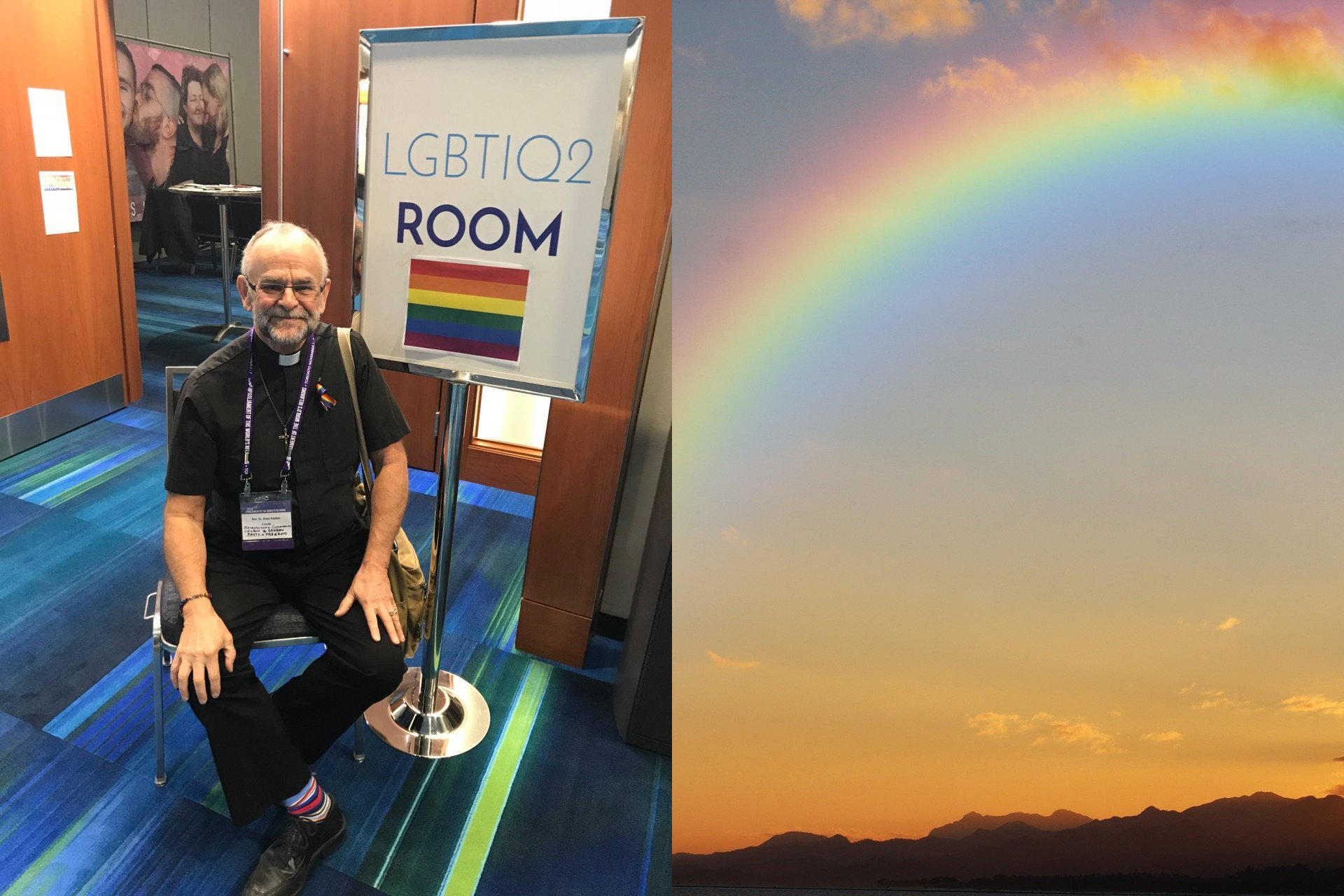 “Plenty of people speak today about today’s youth having it easier, that's not true. When I came out, I was not living at home. So I was not under the threat of my parents kicking me out or what they would do. I had a job. I was in a school with my fellow classmates. No one knew I was gay, I could watch programs about it and read magazines. If you're living at home and worried about your parents, you can't access those things. So the challenge today is young people coming out earlier and earlier, which is a great thing, accepting themselves much earlier, but they're coming out when they're at the mercy of their families and their schools.

“When I eventually told my parents, I remember writing a letter. I wrote it and tore it up and wrote it and tore it up because my mom was very emotional, and I knew that as soon as I would get the full word homosexual out, she'd start crying and that would be the end of the conversation. So I kept writing and reading and writing the letter and tearing it up. When I finally got it written the way I wanted it, I remember the day I wrote it, I mailed it. I drove from school into Kingston to the post office. I got out of the car and walked in from the post office in the door, walked over to the little chute where you dropped letters in and walked in front of the tellers, terrified that they might know what was in the letter. I dropped the letter in and had two competing feelings.

““Oh, my God. I've just told my parents I'm gay.” and “thank God I finally told my parents I'm gay.” A few days later, my dad called me and said he got the letter had opened and read it. He was afraid that if he hadn’t been home, my mother would have killed herself. I remember that day, talking to my dad in the morning before I went to school to teach. It was a really difficult conversation to hear your dad say these things. But I felt like there was a physical hand holding my hand the whole conversation and I was just calm. I just felt like God's hand was holding my hand the entire time. When I hung up, I just sat and cried and called some friends. They came over that night and sat with me for a while, they were very supportive

“When I look at the beauty of nature and the wonder of the human body, I think that this is not chance. There's something behind this. And I call that something God."