Tom Walker is a social worker for Ornge Transport Medicine, as well as training and consulting for the Crisis and Trauma Resources Institute. In his life, Tom he has had no shortage of trauma himself. Throughout his childhood as well as into late adolescence, Tom was in an incredibly toxic environment, surrounded by the drug use of his brothers, along with physical violence, emotional abuse, alcoholism and sexual abuse from his father. As a teen  he also had to grapple with the untimely death of his mother. Now Tom focuses his career on helping those who are actively dealing with trauma to better understand their circumstances. Tom’s story is one of recognizing resilience from within and forgiving yourself first. Below is his story.

“I’ve lived through a lot, I grew up in a alcoholic home  with a father who did bad things to his children, his wife and  to people; there was violence and chaos. It was tough. We moved 26 times before I was thirteen. It’s pretty profound. I lost my mom when I was sixteen. She started getting sick when I was thirteen, and we went into care, for a short time,  because my dad tried to kill himself and my mom had just been diagnosed with terminal cancer. It was a time of  of chaos.” 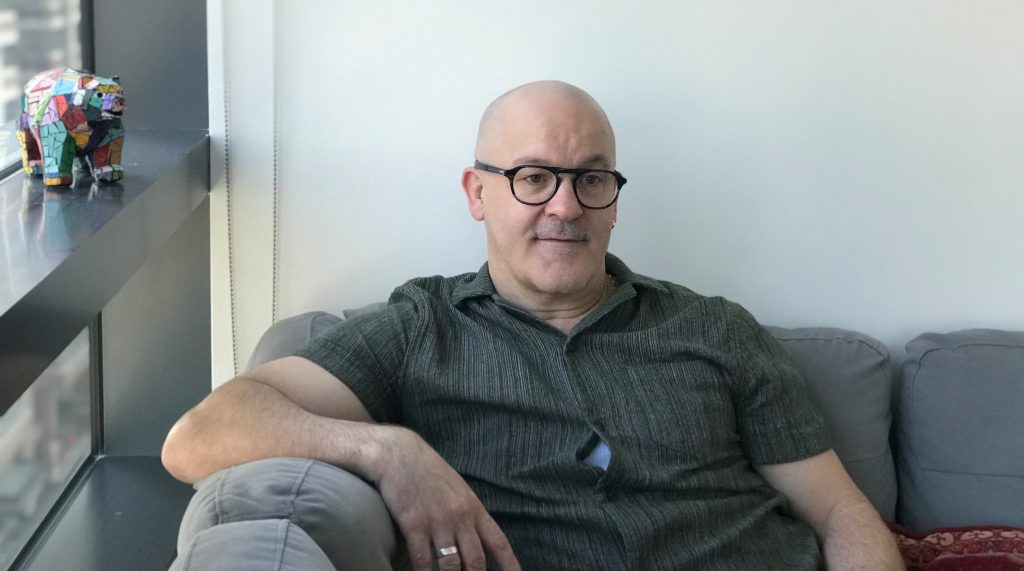 “I had three brothers growing up; I have an older brother that has some addiction issues and my younger brother who is now doing well. All of them had drug problems; gambling and cocaine, and all of them went to jail. I was the lucky one.”

“(My father) played Russian Roulette with his kids. So it was dependent on the day, who he was mad at. One day when it was Gary’s turn, as he approached him,  he tripped, and the gun went off. So he would have killed Gary that day  if he hadn’t tripped. So there was a God somewhere… or not. ”

“When I was thirteen, my mom went into the hospital, and my dad tried to kill himself. After that we went into foster care until my mom got out of the hospital.  My mom was going to have my father move back in with us, and my brothers and I said ‘He can’t live here, so that’s how we got rid of him.’ (My mom) lived ‘til I was sixteen, and then it was my three brothers and I in a house. It was pretty much a drug house. I stayed there for two more years.” 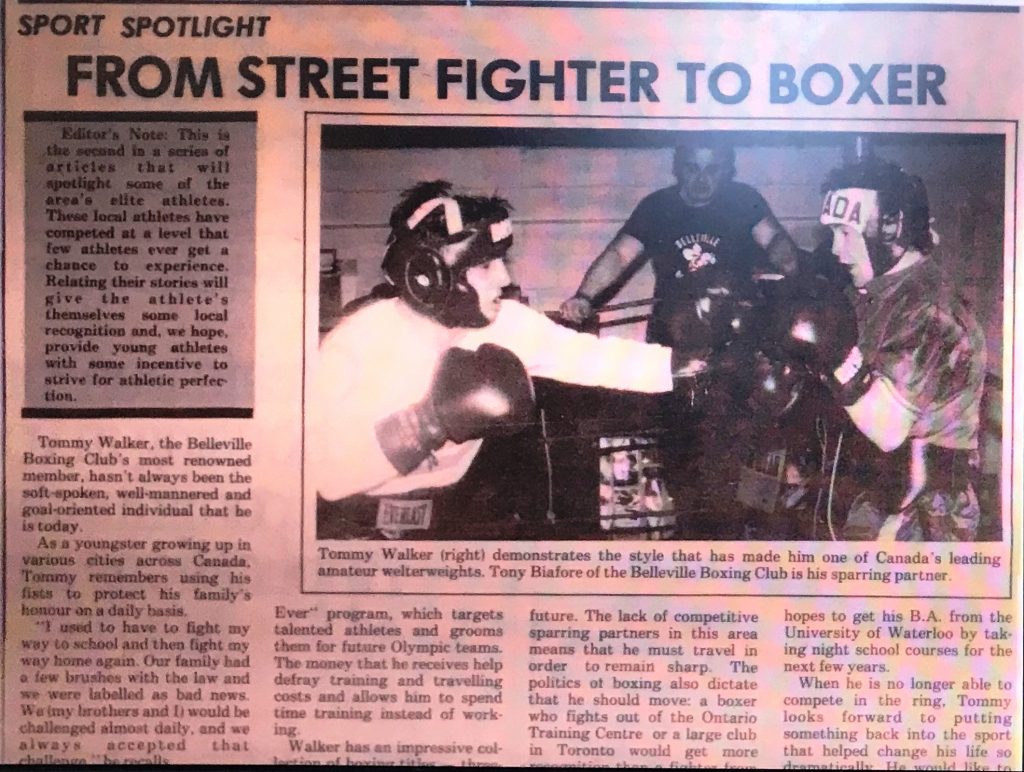 “I have a different version of my mom than my brothers do. She’s their hero, and to me, she’s a hero but it’s also…sad. Anyway, she was loved by everybody who knew her, but no one would say to her, leave the idiot.”

“I was my dad’s favorite, and my dad always said I was going to be the smart one. As messed up as that is, it became a prophecy. I was the only one who made it out of Grade 12, I was the only one who got to college. Then, I got my Bachelor of Social Work, and then my Masters of Social Work, and I made it. So when you look at resilience, even if (you have) the worst scenario in the world, if you have something positive in your life, it’s incredible what you can do.”

“I have ADHD and dyslexia, and so I always felt stupid. But in my family, I was seen as the smart one. A I had to bring home my report card, and they would be on the table beside my brothers to compare. Mine was expected to be the best. If anyone beat my marks, it was a problem. It became a prophecy; I finished high school and went on to post secondary. Only my youngest brother finished high school in prison; he is likely the smartest in the family. To this day, I still feel stupid. It wasn’t until 4th year university that the professor said to me after handing out tests ‘have you ever finished a test?’, and I jokingly said, ‘are you supposed to finish tests?’. She said ‘has no one ever said you might have a learning disability?.’ 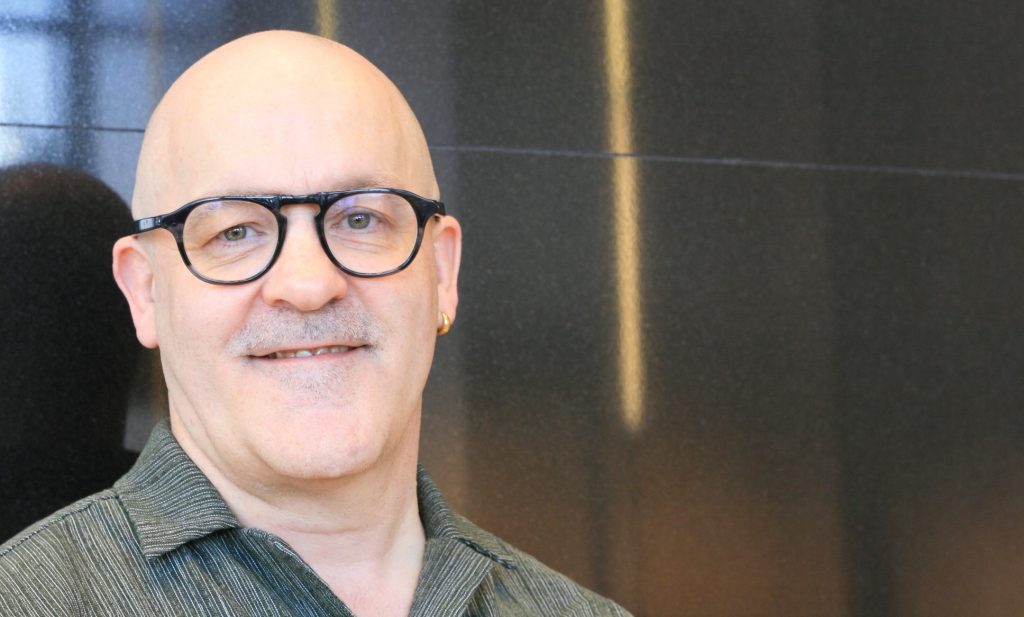 “My father, he lived to 70, and died probably in 2004. It was kind of interesting, because I always knew I would get the call. Do I care? Do I not care? Do I need to process this normally? What am I to do with this information? How do I feel about this? The last time we saw each other was when I sat and talked to him about all the things that have happened. I made sure he was sober, it was tough. He tried to minimize the sexual abuse among the other things that occurred. Later when he was drunk, he called me and said nothing ever happened, “you’re an idiot” is all I felt inside.

“I forgave myself, but I’ll never forgive him, I think there’s something about forgiveness, we all think we have to forgive, what comes with that is profound. For me, I think one of the most powerful things is seeing your truth and not having to depend on their acknowledgement of it. I can never forgive you for it; what I can do is let you know that despite everything I’m okay. I think if we get so caught up in them listening to us, it takes away from our healing.”

“When you think about resilience, one of the things that this has trained me to do is to be able to work with the trauma and the chaos I see every day. The paramedics that I work with, see the worst that people do to people, and they have to take care of all that stuff. The life I have had, with my education and therapy has prepared me for the work  I do with paramedics.